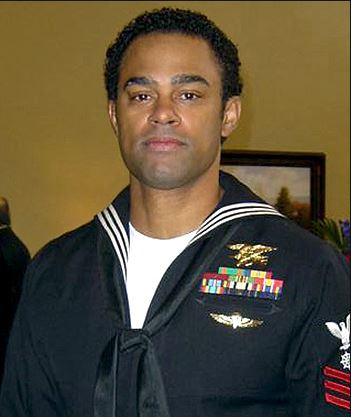 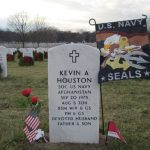 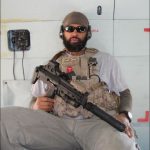 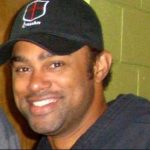 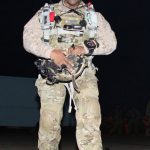 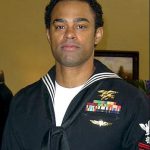 Chief Petty Officer, Kevin Houston was. born on September 20, 1975 in West Hyannisport, Massachusetts. He enlisted in the Navy on January 18,1995 and became a Navy Seal on May of 1999. He reported to Naval Special Warfare Group Two in December of 2008 and joined his East Coast-based SEAL Team in January of 2008. On August 6, 2011, serving during Operation Enduring Freedom, in Wardak province of Afghanistan, they came under fire from opposition forces. A team of U.S. Army and Afghanistan military members along with twenty-two members of the Naval Special Warfare community, help suppress the opposition forces and assist with the evacuation of the high value target. When they were retiring to base, the CH-47 Chinok Helicopter carrying the team was struck by a rocket propelled grenade , killing Chief Petty Officer Houston and all the members on board. Chief Petty Officer Houston was thirty-five years old. “He was doing what he always wanted to do, defending the Country as a SEAL. He achieved his dream,” said Christopher Kelly. His numerous awards include two Bronze Stars with Valor and the Purple Heart. He is survived by his Wife and three Children, his Mother, Jan Brown and Brother, Craig. Thank you for your Service and protecting our freedoms, Chief Petty Officer, Kevin Houston! You are a True Hero and we will always honor you!