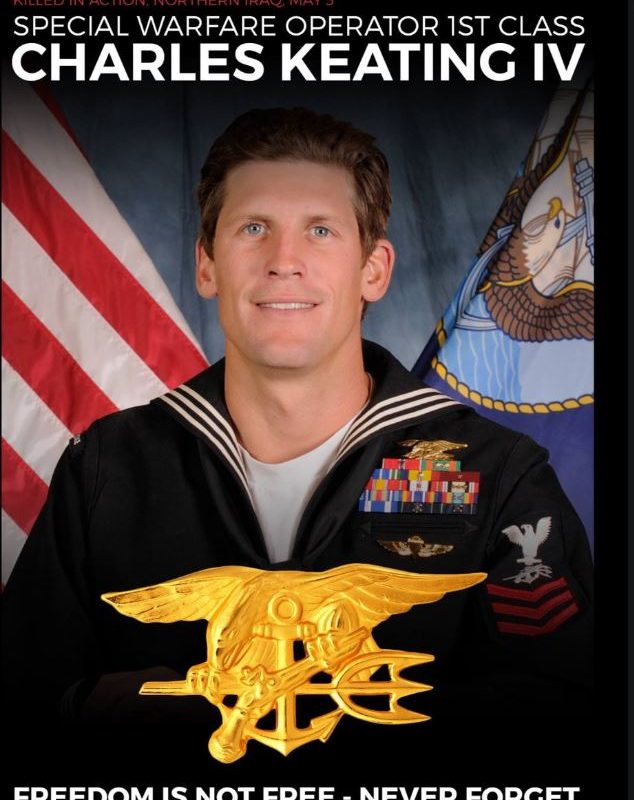 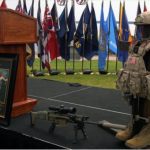 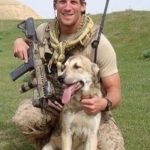 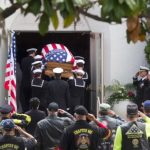 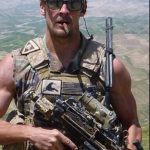 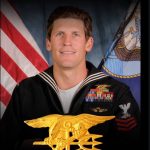 Navy Seal, First Class Charles Keating IV, joined the Navy in 2007. He graduated Basic Underwater Demolition/ SEAL training in 2008. He served two deployments in support of Operation Iraqi Freedom and one tour in Afghanistan in support of Operation Enduring Freedom. He served as the leading petty officer of the West Coast sniper/ reconnaissance training cell. He returned to the West Coast-based Seal team as a platoon leading officer in February 2015. He was deployed a third time in support of Operation Inherent Resolve when he was killed. He was part of the quick reaction force(QRF), that responded to a request for help from a small group of U.S. Forces near the town of Tel Askuf, two miles away from the front lines between Peshmerga and ISIS forces. The ISIS breach of the Peshmerga line punched through the forward lines and moved into Tel Askuf, and our forces quickly called for the quick reaction force to help them with the ensuing battle. The fighting continued for two more hours between the U.S., Peshmerga forces and ISIS fighters. When the QRF enter the fight, First Class Keating was struck by direct fire and his wound was not survivable, as he died on May 3, 2016. First Class Keating received the Bronze Star Medal with Combat “V”, Navy and Marine Corps Achievement Medal, Army Achievement Medal, Good Conduct Medal, Afghanistan Campaign Medal, Iraq Campaign Medal, National Defense Medal and Rifle and Pistol Expert Ribbons. First Class Keating was also awarded Posthumously to Chief on May 12, 2016. We will honor you, Chief Keating for your Service and Sacrifice to our Country! You are a True Hero and we will always remember you!