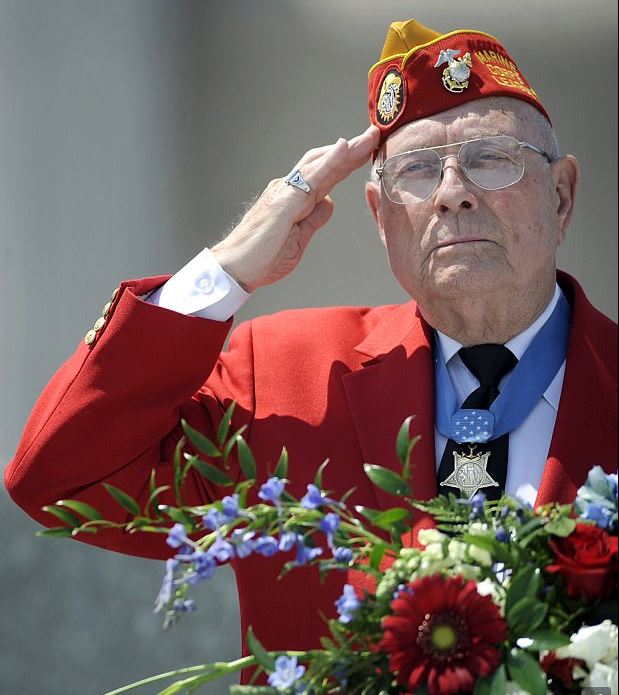 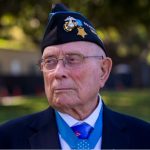 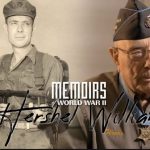 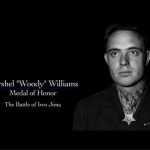 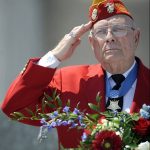 Hershel Woodrow, “Woody” Williams, who is 96 years old, watched officials commission a U.S. Navy Warship in Honor of him. He is the last surviving Medal of Honor recipient from the Battle of Iwo Jima. The USNS Hershel “Woody” Williams was commissioned on March 7, 2020 in Norfolk, Virginia. The USS Hershel “Woody” Williams is an Expeditionary Sea Base Ship that was built and launched in 2017. It is now a warship and command transferred from the Military Sealift Command to Naval Surface Force Atlantic. Hershel Williams described the commissioning as “a moment in history that is beyond my comprehension.” He also said, ” may all those who serve aboard this ship that bears my name, be safe and proud. May she have God’s blessings, for a long life of service to America, the greatest Country on Earth.” U.S. Sen. Joe Manchin gave the principal address and praised his fellow West Virginian and said, ” I have never had a more prestigious honor to be able to be here with a person who is truly an American hero.” Williams received his Medal of Honor for his actions as a demolition sergeant with the 3rd. Marine Division in February of 1945. Covered by four riflemen, Williams engaged for hours to prepare demolition charges and obtain flamethrowers to wipe out the enemy positions. He mounted a pillbox to insert the nozzle of his flamethrower through the air vent, killing the occupants and silencing the gun. We are forever grateful for your Service and Sacrifice, Sir, to our Country! You are a True Hero and we will always Honor you!