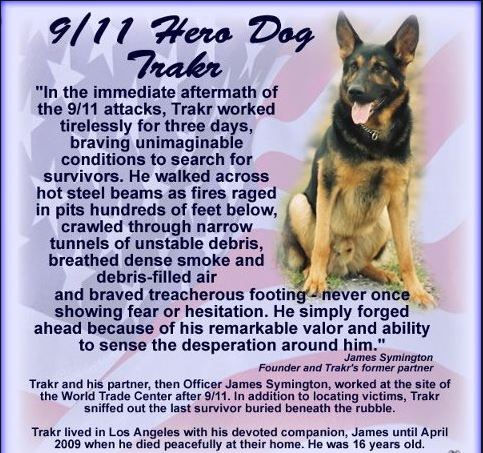 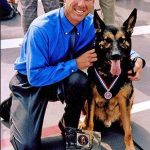 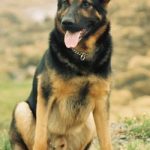 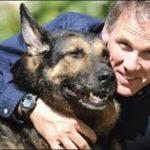 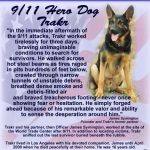 TRAKR was a German Shepherd. He was with Canadian Police Officer, James Symimgton. They found the last survivor of the September 11, 2001, attacks at the World Trade Center. Genelle Guzman-McMillian was making her way down the stairs in the South Tower when the building collapsed around her. She was trapped for twenty-seven hours beneath the concrete and rubble. TRAKR alerted the firefighters to her whereabouts, but she died of her injuries . TRAKR died in April 2009, and his DNA was entered into a cloning contest, by Symington and was later chosen for use. In June of that year, five cloned Trakr’s were born. Thank you for your brave service to our Country, TRAKR! You are a True Hero Dog, never to be forgotten