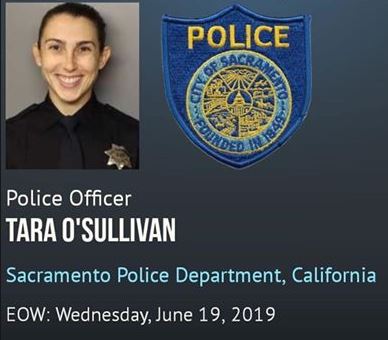 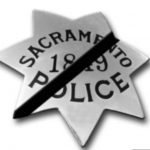 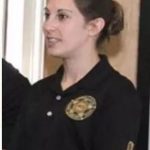 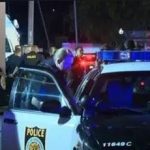 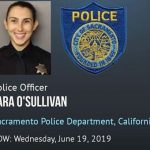 Sacrament Police Officer Tara O’Sullivan is the first officer killed in the line of duty in twenty years! She was twenty-six years old. She was on a domestic disturbance call shortly before 6:00 pm., on June 19th., when she was wounded. Officer O’Sullivan lay in the backyard of a home and her fellow officers could not reach her because the gunman kept firing his weapon. Authorities drove an armed vehicle onto the area where she lay and rescued her. It took more than forty-five minutes to get her to the hospital where she later died at UC Davis Medical Center. Deputy Chief Peletta said in a somber news conference, ” she gave her young life while protecting our Community and we are devastated and heartbroken for her family of our brave young officer.” Officer O’Sullivan was in child development at Sacramento State University and was part of the first class of graduates of the College’s Law Enforcement Candidate Scholars in 2017. She had been working for the City of Sacramento since January of 2018. Deputy Chief Peletta also said, ” she graduated in December of 2018 and began working in the field and was nearing the end of her training to be out on her own.” Officer Tara O’Sullivan End of Watch was June 19, 2019. You are Loved and Remembered for your Service and Sacrifice to our Country! You are a True Hero, Officer Tara O’Sullivan and will never be forgotten!