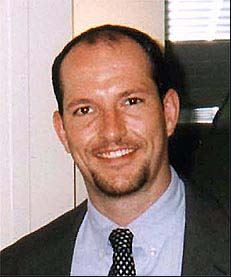 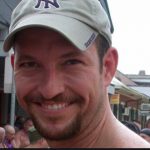 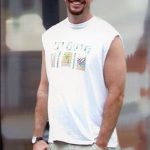 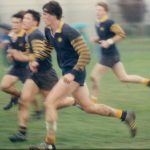 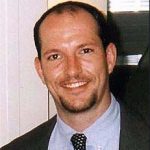 Mark Bingham, was thirty-one years old when he became an American Hero on September 11, 2001, as he led the charge against the terrorists, in the cockpit of United Flight 93. Bingham saved countless lives by sacrificing his own life that day. Alice Hoaglamd, Mark’s Mother, has become the keeper of his legacy and champion of equal rights., ” I will be fighting for the rest if my life, for the causes that have sprung from the smoking wreckage of Mark’s death.” Bingham graduated from Los Gatos High School and won an athletic scholarship to Cal, to play Rugby. He had a flair for pranks and once used that flying tackle move on the Stanford Tree mascot during a game. The authorities did not share his humor and the incident got Bingham fighter printed, which is how his remains were indentified at that field in Shanksville, PA. Bingham ran a San Francisco public relations firm. He was also The President of the Chi Psi house at Cal, and he came out to his fraternity brothers at a large graduation party. He helped found the San Francisco Fog, a gay rugby team. His Mother has listened to the Flight 93 cockpit recording so many times, she has every moment memorized. She said, That’s a wisdom he needed to stand up against the hijackers and charge the cockpit, along with Tom Burnett of San Ramon and Todd Beamer of Los Gatos, as they gave their lives to spare us the sight of the Capital Dome in flames.” A documentary called, ” The rugby player,” about Bingham life, is presented as part of the Cinequest Film Festival, which is eighty minutes long. His Mother admits being torn apart while watching the film, especially the part of the video Mark shot of himself over the years. It feels he was narrating his own eulogy, which lends the film a haunting quality. “I’m very grateful to be able to spend some time in his presence and hear his voice again, but it is still very hard to watch and I cry every time,” she said. We will always remember and honor you, Mark Bingham, along with Tom Burnett and Todd Beamer! You are all True Heroes, never to be forgotten!