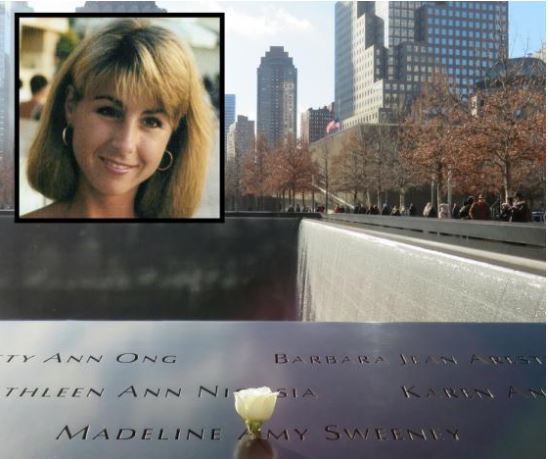 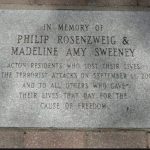 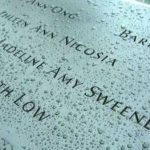 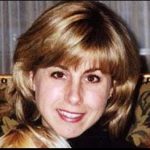 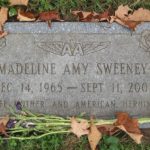 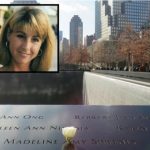 Madeline Amy Sweeney was born on December 14, 1965, in Valley Stream, New York. Known as Amy Sweeney, she was a flight attendant for American Airlines for twelve years. On September 11, 2001, Sweeney was asked by American Airlines to take an extra shift because the crew member who was assigned was ill. Normally she only worked part-time on week-ends. On that fatal day, September 11, at 7:15am., before the plane took off, Sweeney made a cellular telephone call to her husband, Michael, from the plane. Michael said, ” it was highly unusual for her to make a call before leaving on a flight.” Amy was feeling sad as she was missing out on a chance to see their daughter, a kindergartner go off to school. At 8:46 am., Sweeney was on the phone with manager Michael Woodard, when the plane crashed into the North Tower of the World Trade Center. She had been relaying critical information to her manager. Her last words on the inflight call with Michael Woodward were, ” I see water. I see buildings. I see buildings! We are flying low. We are flying very, very low. We are flying way too low. Oh my God, we are flying way too low. Oh my God.” Flight 11 crashes into the North Tower. You are loved and remembered, Amy Sweeney! You are a True Hero and will never be forgotten!