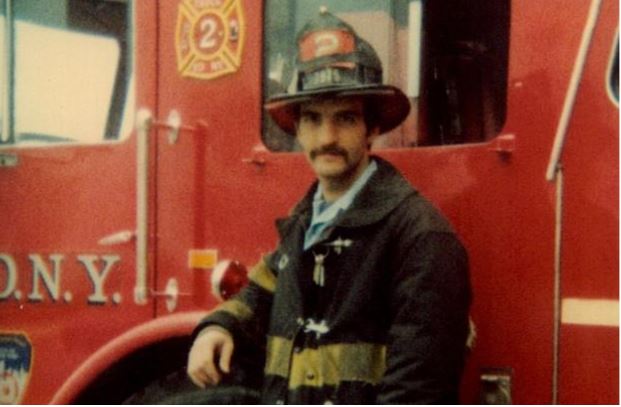 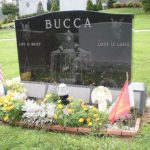 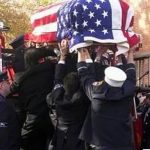 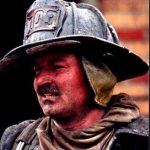 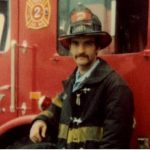 Ronald P Bucca, who was forty-seven years old, was a New York City Fire Marshal and also a former Army Special Forces soldier, who gave the ultimate sacrifice as a first responder on September 11, 2001 and who perished during the World Trade Center terrorist attacks. Bucca served twenty-nine years in the Army achieving the rank of Warren Officer in the Reserve. Most of his career was spent with the 11th., Special Forces Group and the Defense Intelligence Agency as a Military Intelligence Analyst , which prepared him when he was promoted from firefighter to Fire Marshal in 1992. In the FNDY, he was known as, ” The Flying Fireman” because in 1986 in which he survived a five story fall from a tenement fire escape. His training in the special forces parachute training, helped him that day in saving his life. On that fateful day of 9/11, 2001, Bucca was among the first responders who made their way to the 78th., floor of the South Tower of the World Trade Center, after Flight 175 hit that building. He and his Battalion Chief, Orio Palmer, along with the men of Ladder 15, saved dozens of people from the impact zone and were last seen searching the upper floors for survivors. His body was eventually recovered on October 23, 2001. His Son, Ronald Bucca, Jr., has now carried on in his father’s footsteps, serving in the Army. He joined the Army Special Forces vowing to help hunt down the terrorists who were behind the 9/11 attacks. During his deployments in Irag, he visited Camp Bucca, a POW detention Center named after his father. Ronald Bucca is now a Green Beret and received a Pat Tillman Foundation scholarship to study for an MBA at Columbia University in 2015. The Bucca Family, with the spirit of “The Flying Fireman” watching over them, have started, ” The Stand Fast Alliance” which offers support for first responders, military and their families.” Ronald P. Bucca is memorialized at the 9/11 in Valhalla, Westchester County. His wife said, ” he would feel uncomfortable with that honor, all the attention given to him, but he would also have been humbled and touched.” We will always Honor and Remember you for your Service and Sacrifice to our Country! You are a True Hero, who will never be forgotten!