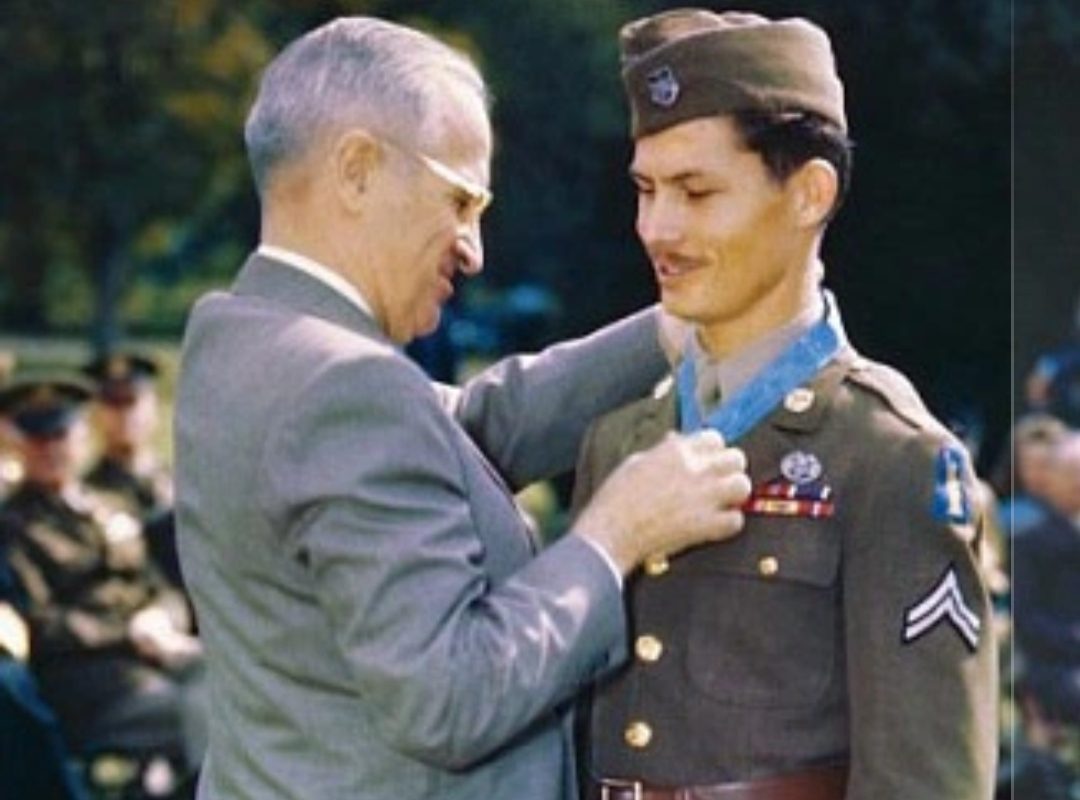 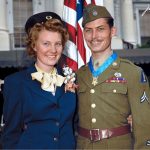 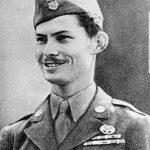 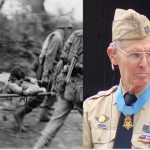 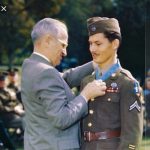 Army Medic credited with saving 75 lives in a famous battle.

Desmond T. Doss was a quite young man from Lynchburg, VA. He joined the Army just four months after the Japanese attack on Pearl Harbor. Desmond was a Seventh-Day Adventist and a conscientious objector but felt a strong need to serve his country. However, he refused to carry a weapon or even train with one and his observance of the Sabbath made basic training even more difficult for him. Ridiculed, harassed, and beaten by the other GIs made life a living hell for him but never did he consider leaving the Army. Ultimately, he was granted the opportunity to serve as an Army Medic and not have to use or carry a weapon. During the battle of Hacksaw Ridge in Okinawa, Desmond was credited with saving the lives of 75 men in a 12 hour period. Under what the Japanese called a “rain of steel” because of all the iron flying around, Doss managed to rescue as many men as possible by first stabilizing them then lowering them from the jagged cliff using a rope to other medics waiting below. The entire time Doss was saving these men, he said “I just kept paying, Lord, please help me get one more.” The irony being that the same men who once abused him and called him “the weakest link” now praised him. In 1945, President Harry S. Truman awarded Doss the Medal of Honor. Being the ever humble individual, Doss resisted offers to publicize his heroism during the remaining part of his life. Desmond T. Doss died in 2007 at the age of 87 years young.