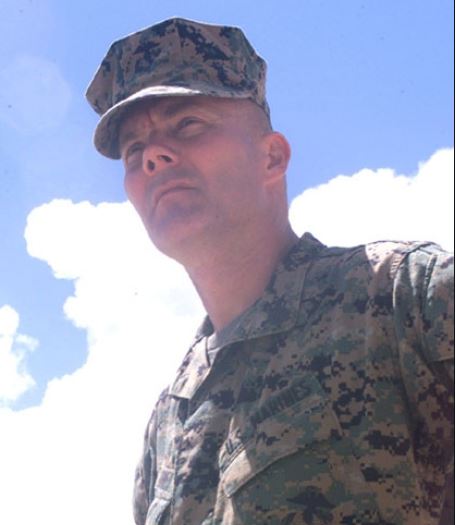 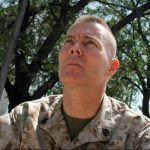 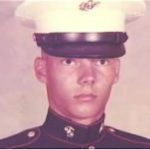 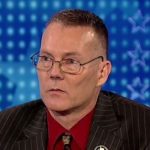 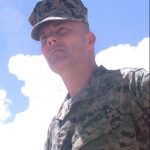 David Karnes is a twenty-three year Veteran of the Marine Corps. He was one of the heroes in the movie, “World Trade Center.” On that fatal day, September 11, 2001, after the second plane hit the World Trade Center, he started praying and decided he would go and help at the site of ground zero. He went home, got into his Marine uniform, went by his barbershop in Stamford, Connecticut and asked for ” a good Marine Corps squared off hair cut. Then he stopped by the storage facility were he kept his equipment, getting his rappelling gear, ropes, canteens of water, His Marine Corps K-Bar knife and a flashlight. A devout Christian he went by his Church and asked the Pastor and parishioners to say a prayer that God would lead him to survivors. He arrived at the site at 5:30pm., and with his uniform on, gained entrance to building 7 of the World Trade Center, a 47 story office structure adjacent to the fallen twin towers. He became acquainted with another Marine, Sgt. Thomas and they began their journey. Karnes saw the massive destruction, ” I just said, oh my God, it’s totally gone.” Karnes and Thomas disappeared into the smoke…….and we ran.” They kept shouting, ” United States Marine, if you can hear us, yell or tap.” Finally after an hour they heard, ” we’re over here.” They saved the lives of Port Authority Officers, Will Jimeno and John McLaughlin, who were buried twenty feet below the rubble. “It was a very long, very tiring rescue,” said Karnes. Returning to Connecticut a week after 9/11, Karnes re-enlisted in the Marine Corps Reserve and has been serving ever since that fatal day. Thank you David Karnes for your brave service to our Country! We will always honor you and you will not be forgotten!