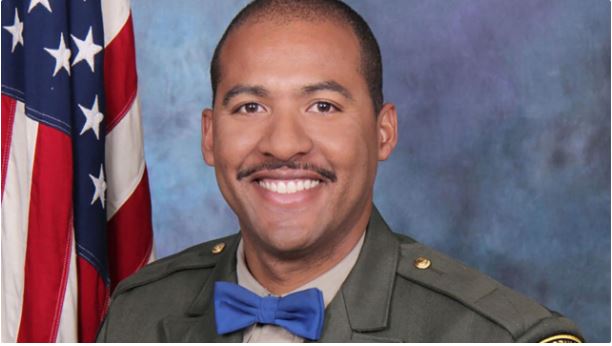 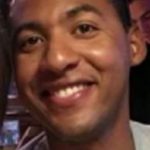 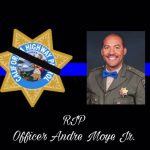 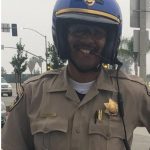 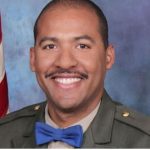 CHP Officer Andre Moye, 34 years old, had been with CHP for four years. On Monday, August 12, 2019, in Riverside, California, he pulled over a pick up truck and was doing paperwork to impound the truck, when Aaron Luther, the gunman, who was outside the vehicle reached in, grabbed a rifle and fatally wounded Officer Moye. Somehow, Moye was able to radio for help and other Officers engaged in a ” long and horrific gun battle”, said Police Chief, Sergio Diaz. Two other Officers were both shot in their legs and are expected to survive. The authorities said Luther had a criminal record that included an attempted murder conviction in 1994. They also said it was unclear what prompted Officer Moye to stop the truck or for Luther to open fire. Luther was also killed. “I am devastated by the tragedy,” said CHP Commissioner Warren Stanley. Governor Gavin Newsom ordered the flags at Half-staff Tuesday, August 13th., at the state Capital. CHP Chief Bill Damce said, ” He was an outstanding officer and devoted to public service.” His Mother said, “It was his dream job and he loved going to work everyday.” Officer Mayo is survived by his loving Wife, Mother, Father, Step-Father, two Brothers, two Sisters and a large extended family. Thank you for your Service and Sacrifice , Officer Moye. You are a True Hero and we will always remember you!