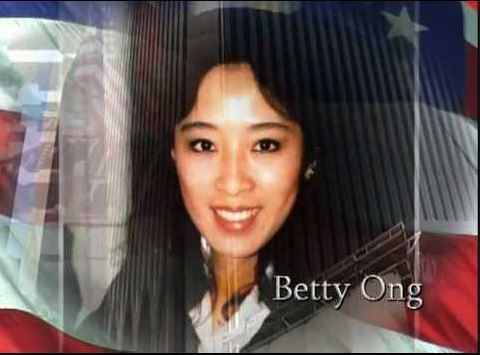 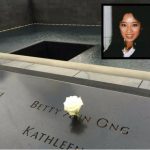 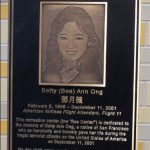 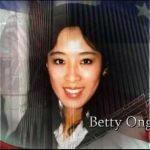 Betty Ann Ong was born on February 5, 1956 in San Francisco, California and was of Cantonese descent. She lived in Amdover, Massachusetts. On September 11, 2001, Ong assigned herself to American Airlines Flight 11, so she could return to Los Angeles and go on vacation to Hawaii with her Sister. Once the hijackers took over the plane, Ong used a telephone card to call in to American Airlines operations/Raleigh reservations center, from the planes rear galley; identified herself and altered the supervisor that the aircraft had been hijacked. Along with fellow flight attendant Madeline Amy Sweeney, she relayed a report of the seat numbers of the three hijackers. She also reported that none of the crew could contact the cockpit nor open its door. A passenger, Daniel M Lewin and two flight attendants, Karen Martin and Bobbi Arestegui had been stabbed and also Ong thought someone had sprayed Mace in the business class cabin. Shortly after that, Flight 11 hit the North Tower of the World Trade Center. We will remember and honor you, Betty Ann Ong! You are a True Hero, never to be forgotten!